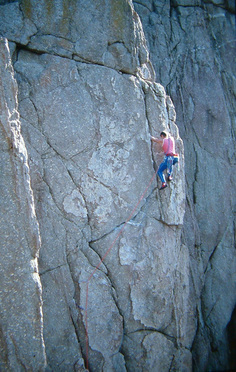 Dateline 15 September 2013. Over the past week or so there has been a revival of subjects that are not unrelated to tourism destinations. Once again the question of seaside resort regeneration has reared its head, with specific emphasis on DSS accommodation and other alternative uses that degrade the built environment. Concerns over the management of care homes for the elderly, a not infrequent alternative use of tourist accommodation, seem to be always with us. And the issue of child abuse in residential homes has featured in recent news reports, especially since the publication of the heavily redacted report on abuses in North Wales children's homes commissioned by Clwyd County Council in 1994.


In 1998, shortly after the publication of Sir William Utting's investigation into safeguards for children living away from home, BFA undertook an independent review of the Utting report People Like Us in the specific context of children's homes where adventure activities were offered as an aid to personal development or rehabilitation. In passing, Triple Jeopardy examined the history of decline in some traditional resorts where alternative uses of visitor accommodation had accelerated the downward spiral. DSS accommodation, care homes and children's homes were all part of the picture.


There is nothing new under the sun. The current discussions are a mirror image of those that were taking place in the 1990s and were, in themselves, a repetition of concerns that were raised in the 1980s over impacts that date back to the 1970s and earlier. In one respect Triple Jeopardy stands as a snapshot in time. Much has changed since 1998: the local government map has been redrawn, departmental structures have been rationalised and the regulatory framework has moved on. But much remains the same, otherwise the questions that engaged the great and the good would not remain unanswered.


For what it is worth Triple Jeopardy is reproduced here as a downloadable PDF. Even after 15 years it may be worth comparing some of the findings with the current state of play and asking ourselves how far we have moved forward.